April 11, 2018 Comments Off on Finding Her Voice Uncategorized  1 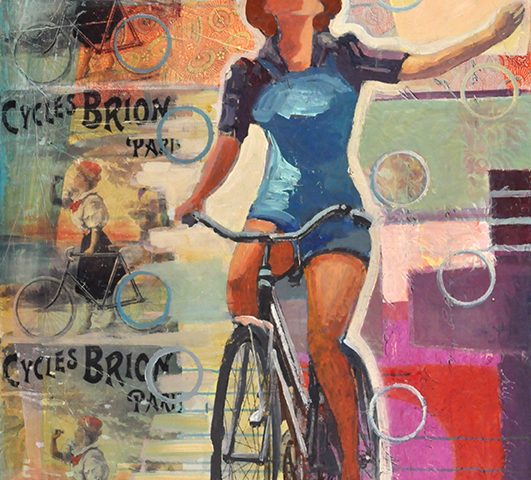 Sometimes a painting such as the piece highlighted titled Still I Rise, inspires a collective reaction of celebration and empowerment.  Finding her voice is a goal that every woman has. There is an assumption that with the #metoo movement women are allowed to speak and to stand up, but I don’t think this is the case. In fact, there are many messages that young teenage girls receive that say that they just aren’t good enough. That their voice, with its brightness and loudness, is not acceptable.

Awareness of the Subtle Messages

For the past eight years, my daughter has played hockey. This sport is not based upon the construction beauty, or how they look, but on the initiative and motivation on the ice. Two traits that I try to teach my daughter. I expected that the coaches would promote these values along with the respect that girls need to be able to express themselves. The value of being able to speak, to be themselves is especially important as young women enter into early teens. The ability to express their power, in turn, makes for a girl to withstand intimidation either from school, friends and eventually the workplace. But what do you do when your daughter is in a situation that does not allow her to speak? That she must be quiet, to accept and allow the Coach on the team to bully and be intimidating. The reason for not speaking? She is accused of being a trouble maker. Watching your daughter struggle with the personalities of fellow players, and the Coach staff was difficult. At the end of the season, we left with the knowledge that we both tried to assert ourselves and still enjoy the game. We both knew that this sport did more damage than not.

A Painting that Reminds Us Of Freedom.

Painting images that have an empowered sensibility reminds us that the images we have around us are important. In an article by J. Francis Davis titled “Power of Images: Creating the Myths of Our  Time”, stated that “myths are the ideas and stories that motivate daily behaviour.” Myths comes from images and if we surround ourselves with images that state it is Right to be Free then that in turn makes us stronger. 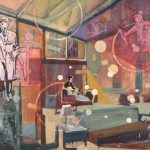 The Handmade is the perfect Gift
Next Story » 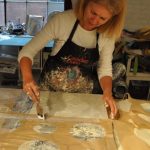 The Business of Art